Microsoft Azure’s Africa services went live in March this year, with services being offered from data centers in Johannesburg and Cape Town. March’s first week came with many cloud announcements for Africa. That same week Huawei announced operations are open for its African cloud region from South Africa. Cloud giant Amazon Web Services (AWS) announced that the first availability zone in Africa will be fully operational in the first half of 2020.

Africa is the least tapped market when it comes to cloud. So, why is Africa suddenly the talk of cloud town? The reasons are recent developments regarding set-up of fully functional data centers.

“The Rise of the African Cloud” report by Xalam Analytics states, “less than 1% of the estimated global public cloud services revenue was generated in Africa as of 2018. For indicative purposes, revenue from public cloud services is still lower than mobile operators generate on SMS.” Investing in Africa comes with its challenges, and that perpetually keeps cloud adoption rates low across the entire continent. Cloud users in Africa had to connect to servers in Ireland, the United Kingdom, or France. The faraway data centers bring latency or data sovereignty as prominent issues.

As compared to the global levels, the public cloud market in Africa is still pretty small.

Africa has been the trickiest place to provide cloud services with efficiency due to the contribution of different factors. The ground reality is that many countries in the African continent don’t even have adequate or affordable broadband speeds to support stable cloud service usage.

The decades of ignorance and poor basic infrastructure are other factors affecting cloud adoption.

The most important force that can promote cloud is the government. Many African governments advocate a more centralized and monitored model; while some are inclined to shut down the Internet — an entirely different opinion showing lack of political will.

Why does Africa need to be in the spotlight? 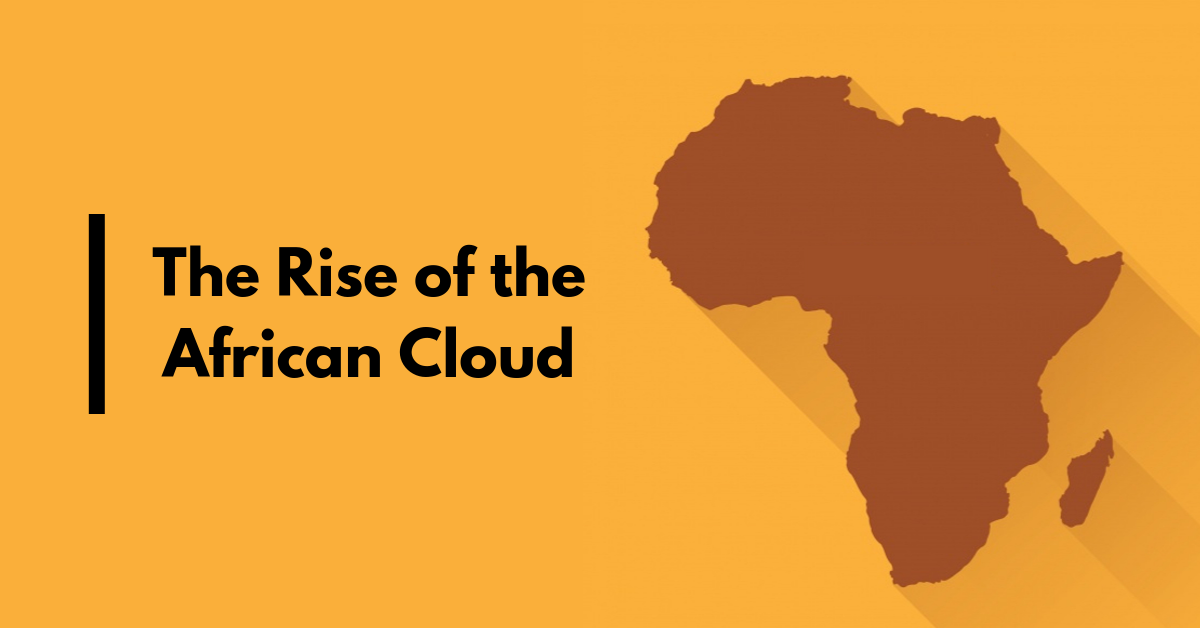 The typical case of the African cloud, amid aforementioned shortcomings, also points to fair opportunities. These opportunities are vital in paving a path for Africa to enter the fourth industrial revolution.

The cloud services sector is in the early stages, but it is already impacting different sectors. The proof of this is African banks investing in Machine Learning and Artificial Intelligence tools to enhance customer experience.

Kenyan government-managed Huduma centers are leveraging VMWare’s virtualized infrastructure to enhance public service delivery. Various large retail firms have started using compute capabilities and AWS databases to enhance the ways to reach the digital customer base. Even startups are hopping on the cloud to disrupt the country-wide market segments.

The African cloud might seem small for now, but the best part is that it is already here and burgeoning. Cloud, virtualization, and serverless computing arrived as disruptive technological developments ever since the mobile payment revolution first appeared in Africa.

The numbers that present a positive picture

Xalam Analytics’ “The Rise of the African Cloud” report states,

The African cloud market has a dynamic nature. How? On the bright side, AWS and Huawei announced general availability of cloud services from South Africa. Around the same time, French cloud service provider OVH shut down its Dakar-based West Africa office due to low service adoption.

Cloud leads to faster development and quicker learning within organizations, fueling accelerated innovation as it significantly removes overhead costs incurred by maintenance and updates. This is the reason the entire world is adopting cloud, and this is the reason why African businesses are adopting cloud and need to if they still haven’t.